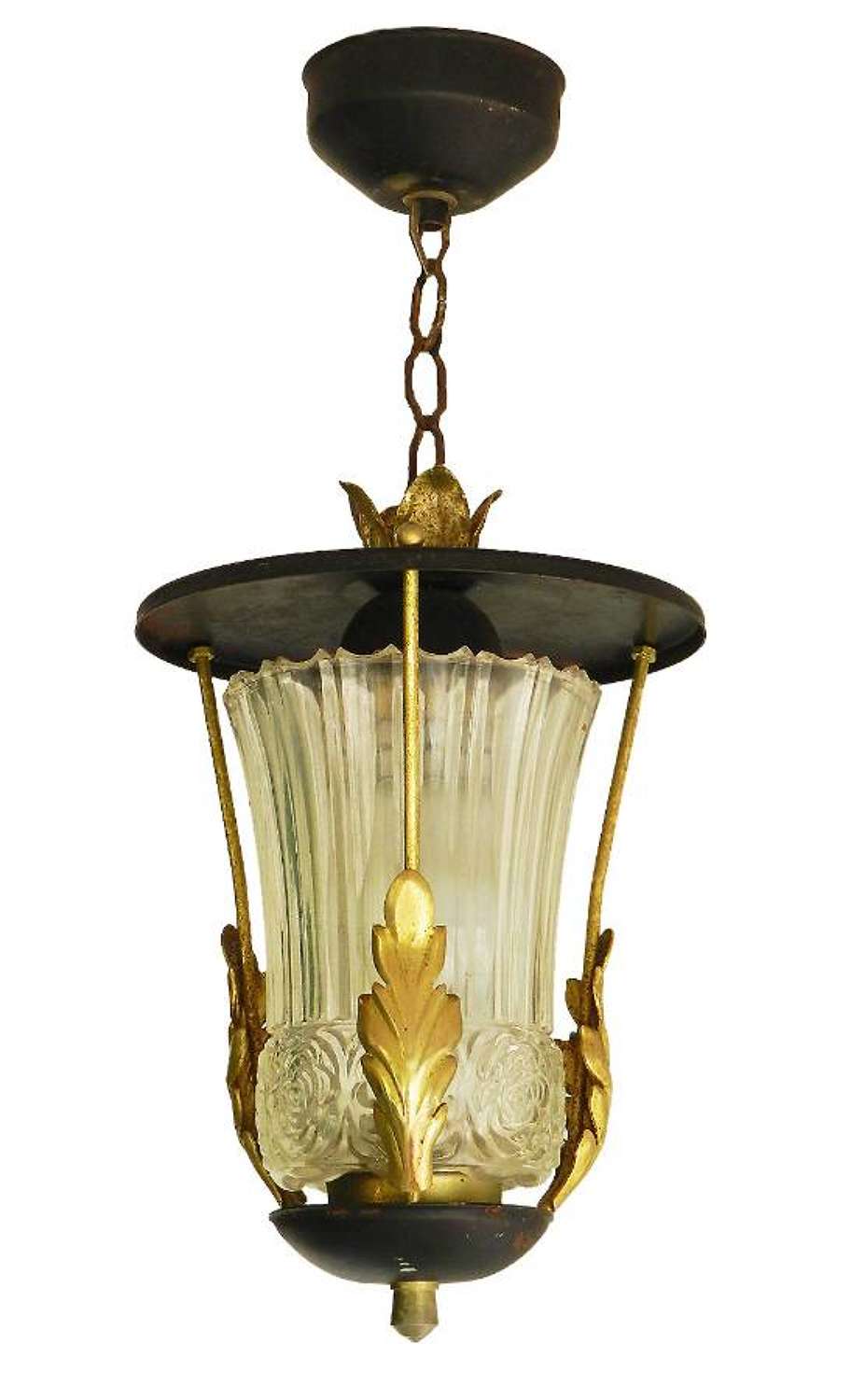 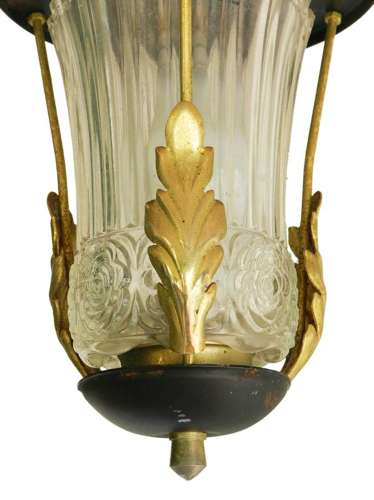 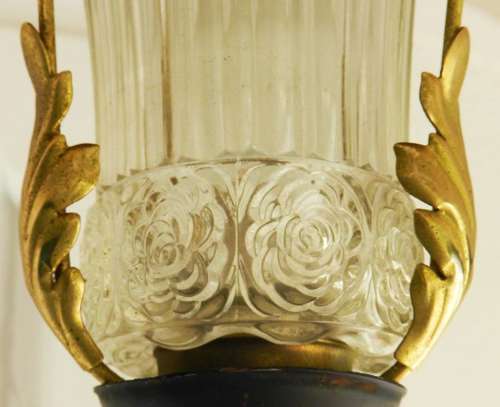 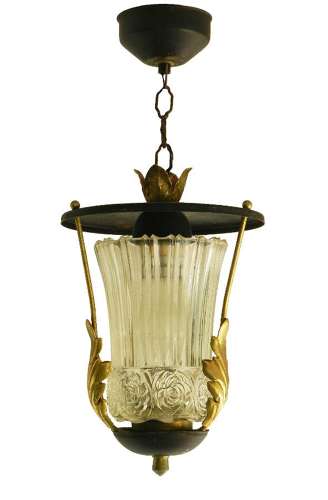 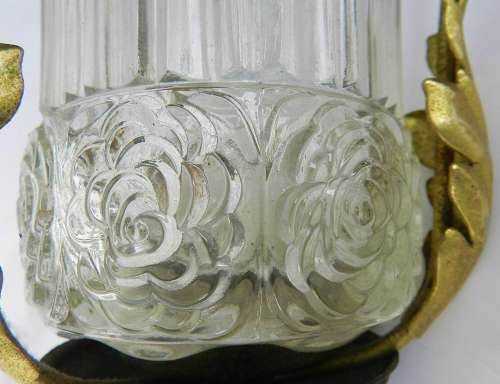 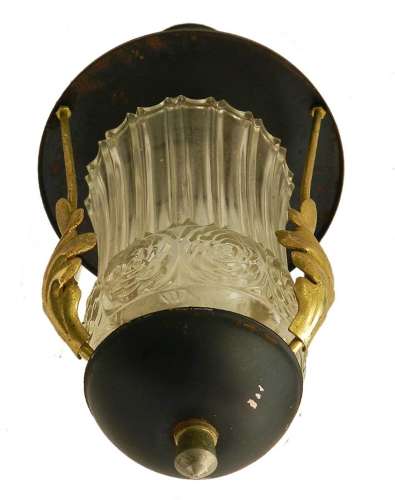 W: 16.5cm (6.5")H: 26cm (10.2")D: 16.5cm (6.5")
RESERVED
Pendant Light attributed to Poillerat
Mid century
Unusual Glass and Metal Ceiling Light
Measurements given are for the lantern itself
The drop can be adjusted  please ask for length of drop you require
In good vintage condition with signs of age and use
This can be rewired to USA or UK and EU standards
Gilbert Poillerat 1902-1988
He studied at the École Boulle, training as an engraver and metal chiseler, and graduated in 1921. Between 1921 and 1927, Poillerat worked for wrought-iron expert Edgar Brandt doing design and production. In 1927, he began working for the construction framework firm Baudet, Donon and Roussel, and ran their decorative ironwork division, producing tables, screens, lighting, and more. During the 1930 and 40s, Poillerat continued to design a variety of furniture and architectural elements, including tables, lighting, grilles, and consoles. His early work, in particular, was marked by a calligraphic-like fluidity. He drew inspiration from a variety of sources, including historical architecture and nature. In 1934, he began producing jewelry. In the mid-1930s, under the influence of Christian Bérard and Jean Cocteau, Poillerat found inspiration in the Neo-baroque movement. In 1946, Poillerat left Baudet, Donon and Roussel to work as a professor at the École Nationale des Arts Decoratifs. He taught there for 26 years, all the while continuing his own design output, collaborating with the likes of André Arbus, Jean Pascaud, and Vadim Androusov. During the 1950s, his work took on a more geometric style.