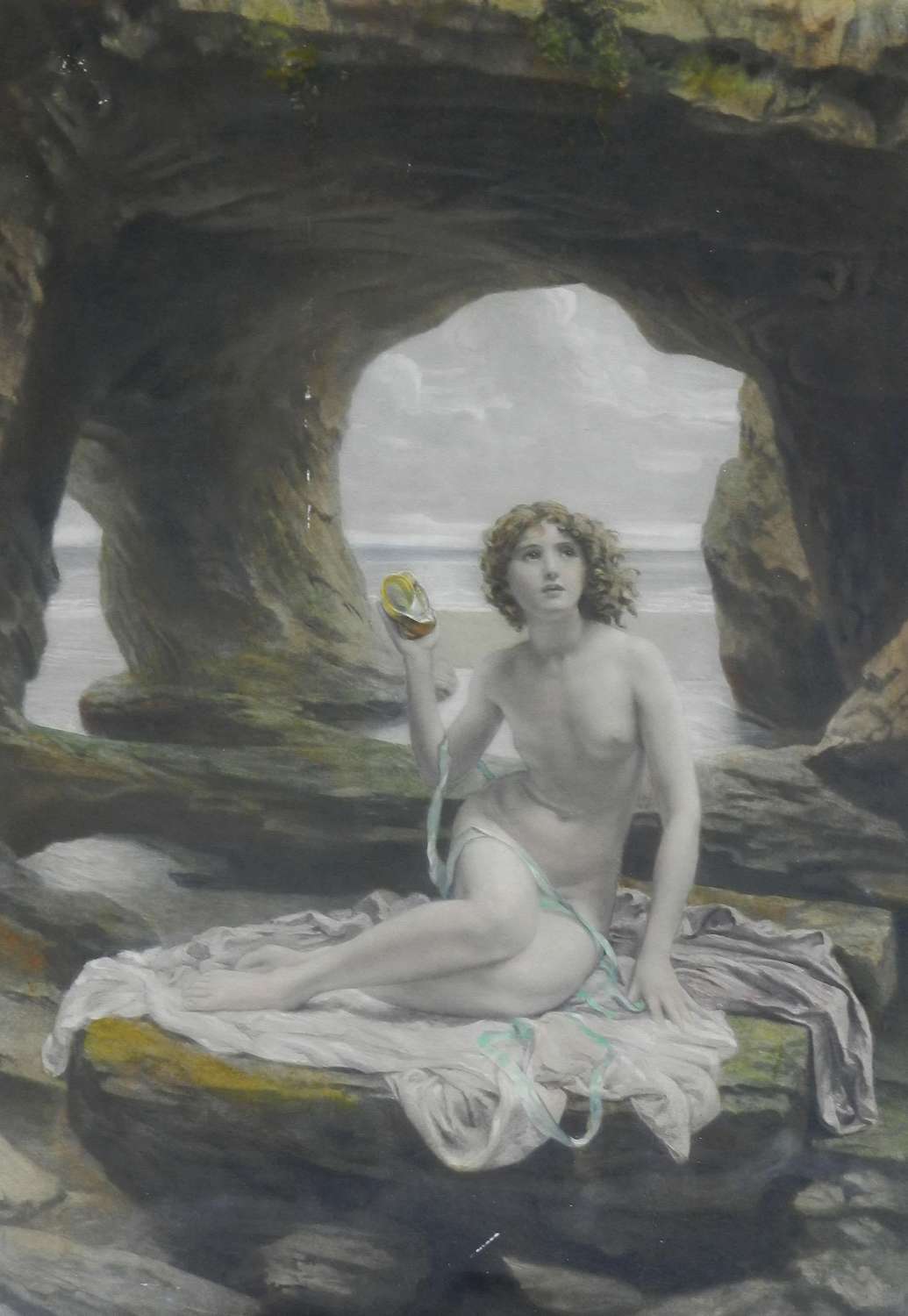 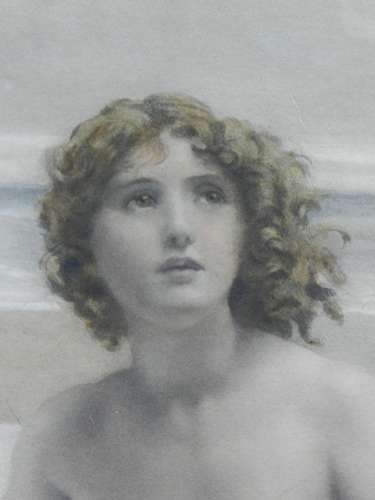 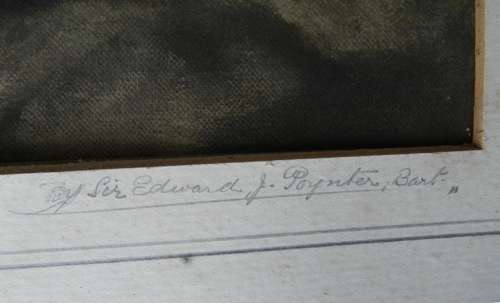 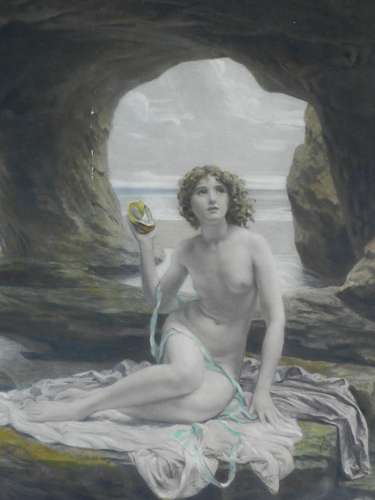 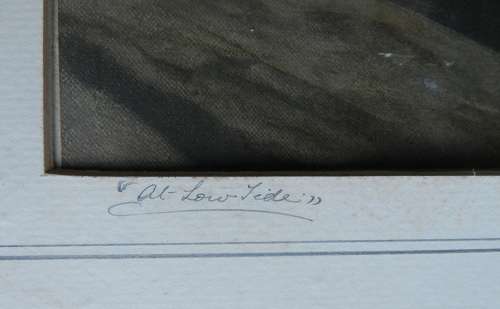 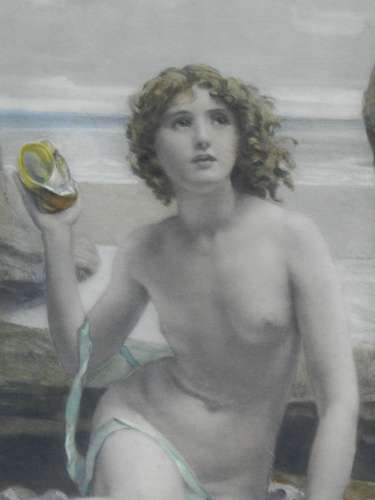 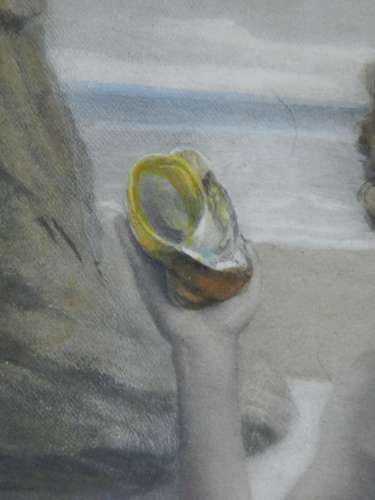 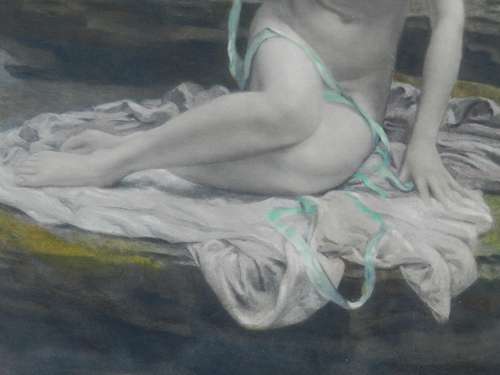 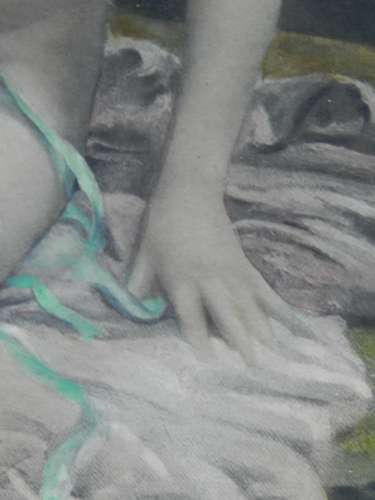 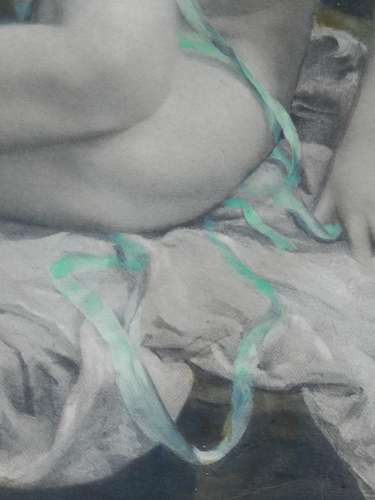 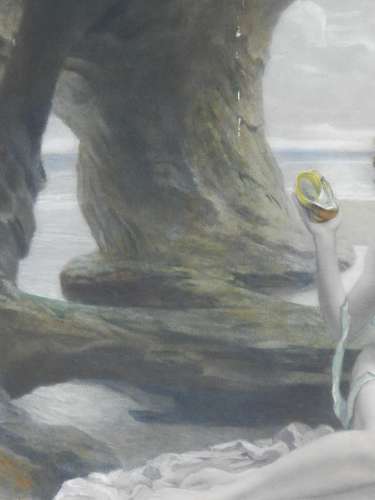 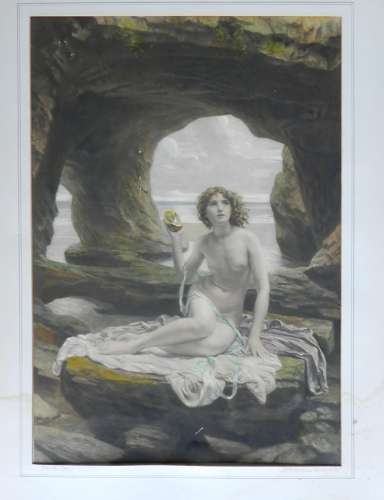 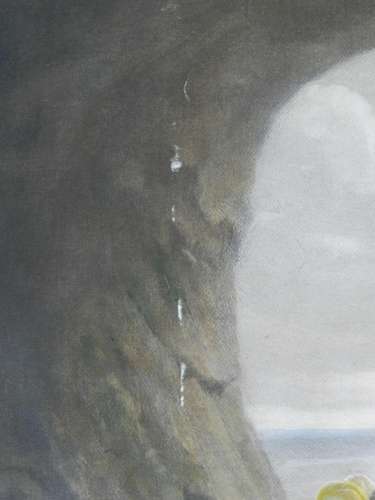 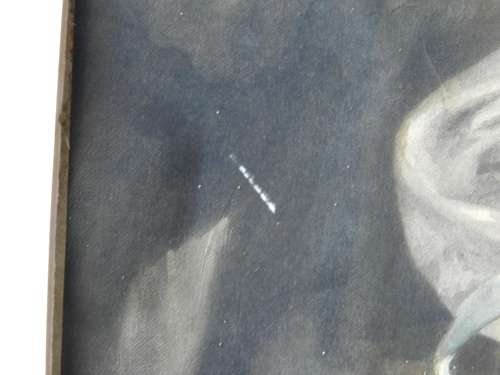 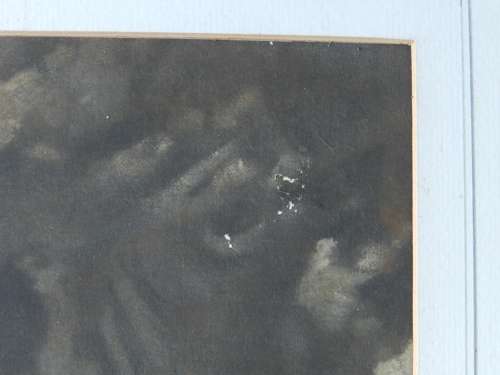 At Low Tide by Sir Edward J Poynter 1832-1919
This is an old print with his signature on it
Good Condition It has very small minor marks please see photos
Sir Edward John Poynter
1st Baronet GCVO, PRA (20 March 1836 – 26 July 1919) was an English painter, designer, and draughtsman, who served as President of the Royal Academy.
Poynter was the son of architect Ambrose Poynter. He was born in Paris, France, though his parents returned to Britain soon after his birth. He was educated at Brighton College and Ipswich School, but left school early for reasons of ill health, spending winters in Madeira and Rome. In 1853, he met Frederick Leighton in Rome, who made a great impression on the 17-year-old Poynter. On his return to London he studied at Leigh's Academy in Newman Street and the Royal Academy Schools, before going to Paris to study in the studio of the classicist painter Charles Gleyre where James McNeill Whistler and George du Maurier were fellow-students.
In 1866 Poynter married the famous beauty Agnes MacDonald, daughter of the Rev. G. B. MacDonald of Wolverhampton, and they had three children. Her sister Georgiana married the artist Edward Burne-Jones; her sister Alice was the mother of writer Rudyard Kipling; and her sister Louisa was the mother of three-times Prime Minister of the United Kingdom Stanley Baldwin.
Poynter held a number of official posts: he was the first Slade Professor at University College London from 1871 to 1875, principal of the National Art Training School from 1875 to 1881 and director of the National Gallery from 1894 to 1904 (overseeing the opening of the Tate Gallery). He became a full Royal Academician in 1876. In 1896, on the death of Sir John Millais, Poynter was elected President of the Academy. He received a knighthood in the same year and an honorary degree from Cambridge University in 1898 It was announced that he would receive a baronetcy in the 1902 Coronation Honours list published on 26 June 1902 for the (subsequently postponed) coronation of King Edward VII and on 24 July 1902 he was created a Baronet, of Albert Gate, in the city of Westminster, in the county of London.