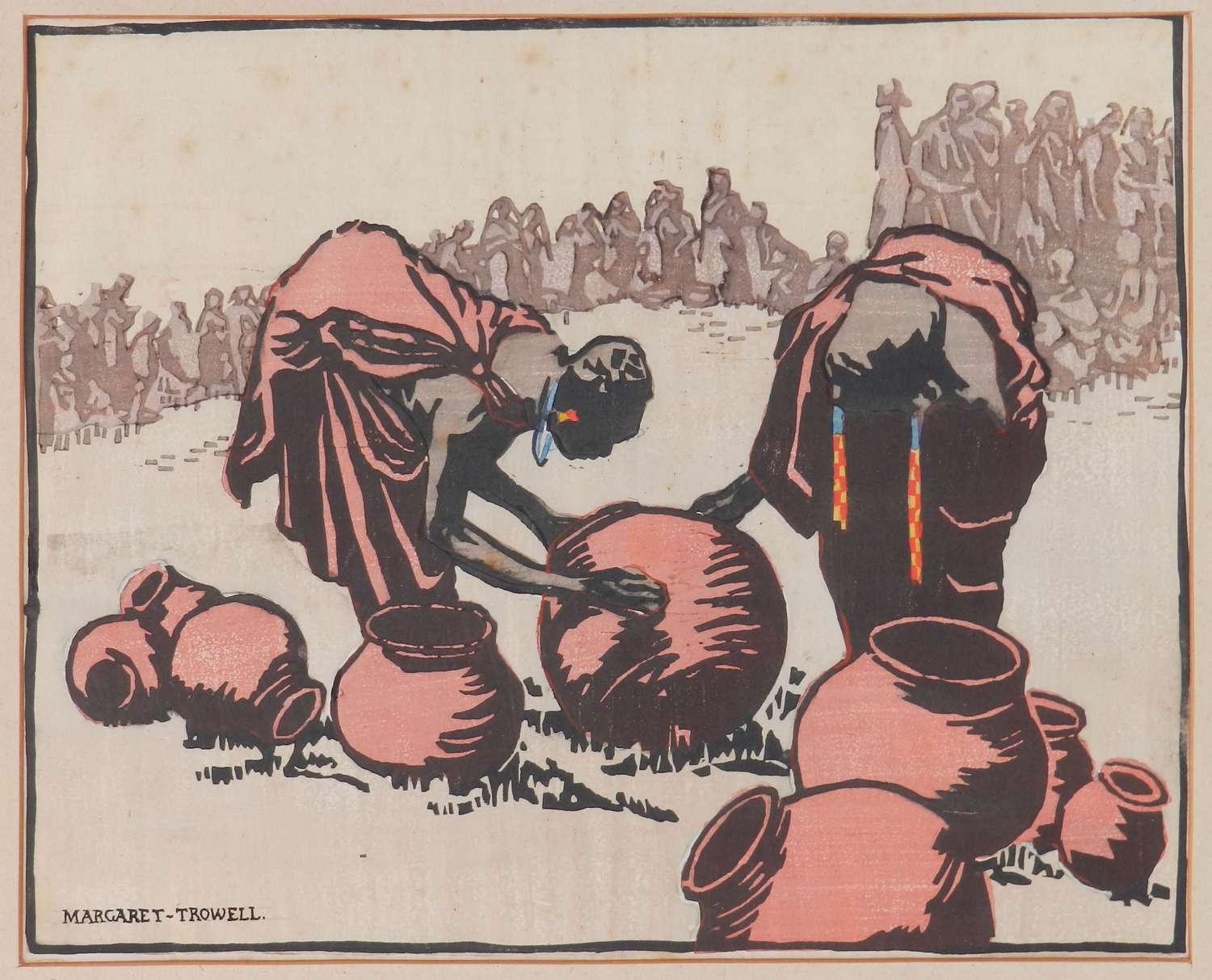 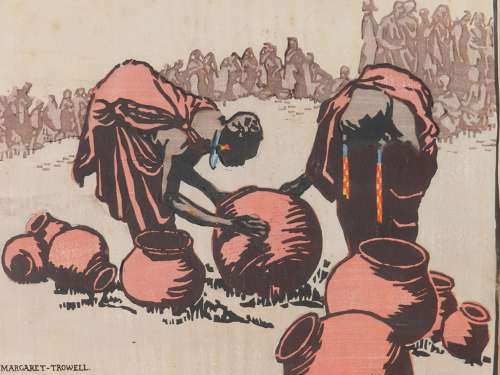 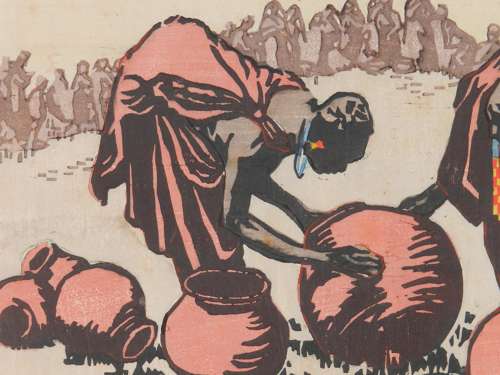 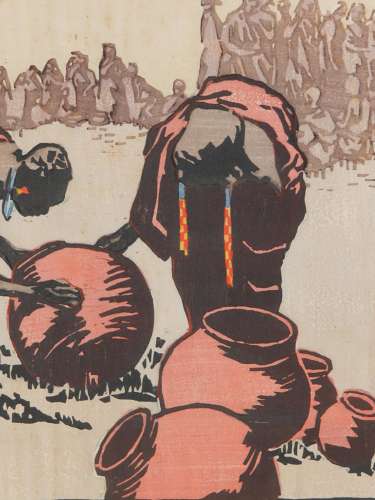 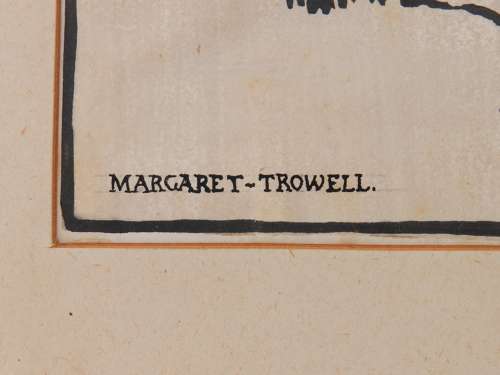 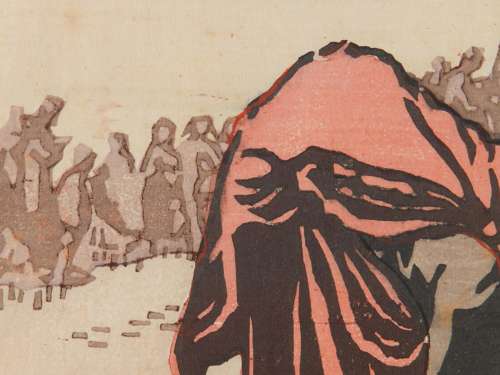 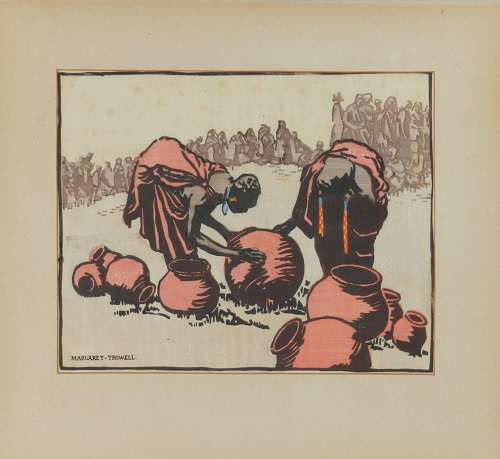 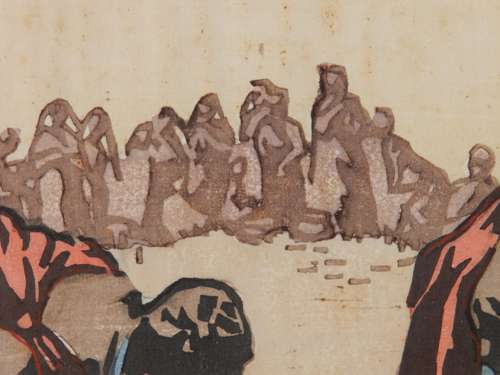 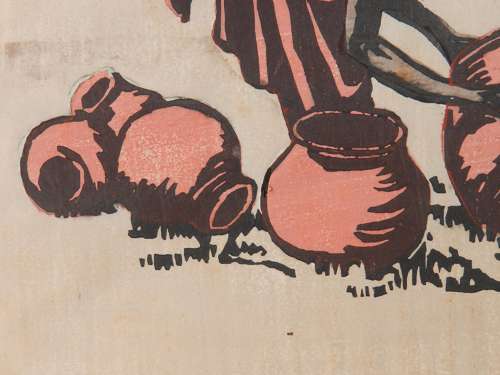 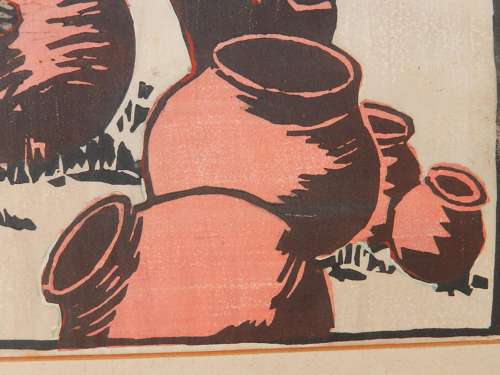 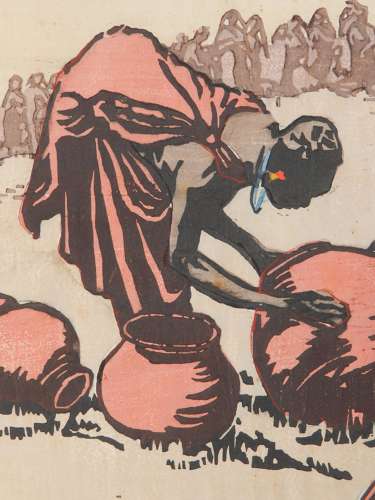 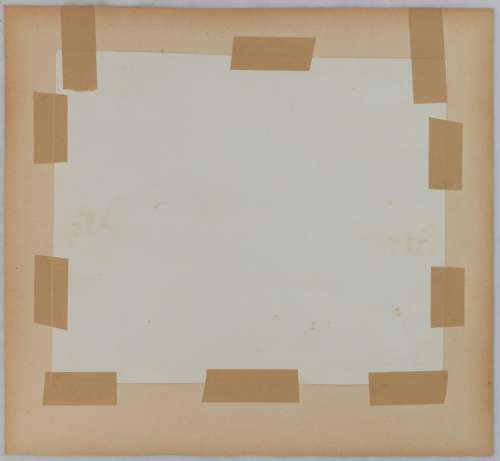 Woman in the Village by Margaret Trowell from the The Margaret Trowell School of Industrial and Fine Arts (MTSIFA)
Wood Cut
Good vintage condition with only very minor signs of age
The Margaret Trowell School of Industrial and Fine Arts (MTSIFA) has its humble beginnings on the verandah of Mrs. Margaret Trowell and her husband Dr. Hugh Trowell's residence in Mulago in 1937,
As an artist who was passionate about Ugandan crafts and artifacts, Margaret Trowell endured the bureaucratic hurdles of the Colonial Administration and meagre resources allocated to successfully get the Art School up and running.
Margaret Trowell helped to nurture the talents of artists like Gregory Maloba-First President of the Craftsman's Guild and designer of the Independence Monument; Sam Ntiro who later on became a Lecturer at the Art School and High Commissioner for Tanganyika in London (1963-64) and Elimo Njau who along with Noor Kaddu and John Kisaka were awarded the first Diplomas of Makerere Art School. Elimo Njau and his wife Rebecca; a leading playwright and 1962 English Literature graduate of Makerere, later on helped found Paa-ya-paa an art centre in Nairobi.
Margaret Trowell retired in 1958 and was succeed by Cecil Todd as Head of the Art School.
Academic. Graduated St Pauls Girls School; studied Fine Arts at the Slade (1924-6) then decided to become an art teacher. Enrolled in Marion Richardson's course, London University Institute of Education (1926-7). Married a doctor, Hugh Trowell, who was appointed to the Colonial Medical Service and moved with him to Uganda in 1929. Remained there until 1958. Reader in Fine Art and Head of the School of Fine Art at Makerere University College. Publications include African and Oceanic Art (1968), African Design (1965), Classical African Sculpture (1964), Tribal Crafts of Uganda (1953), African arts and Crafts, their development in the school (1937). Donor, in 1939 (Af1939,25.1-22) of objects from the Uganda exhibition at the Imperial Institute (See AOA Ethdoc 31).