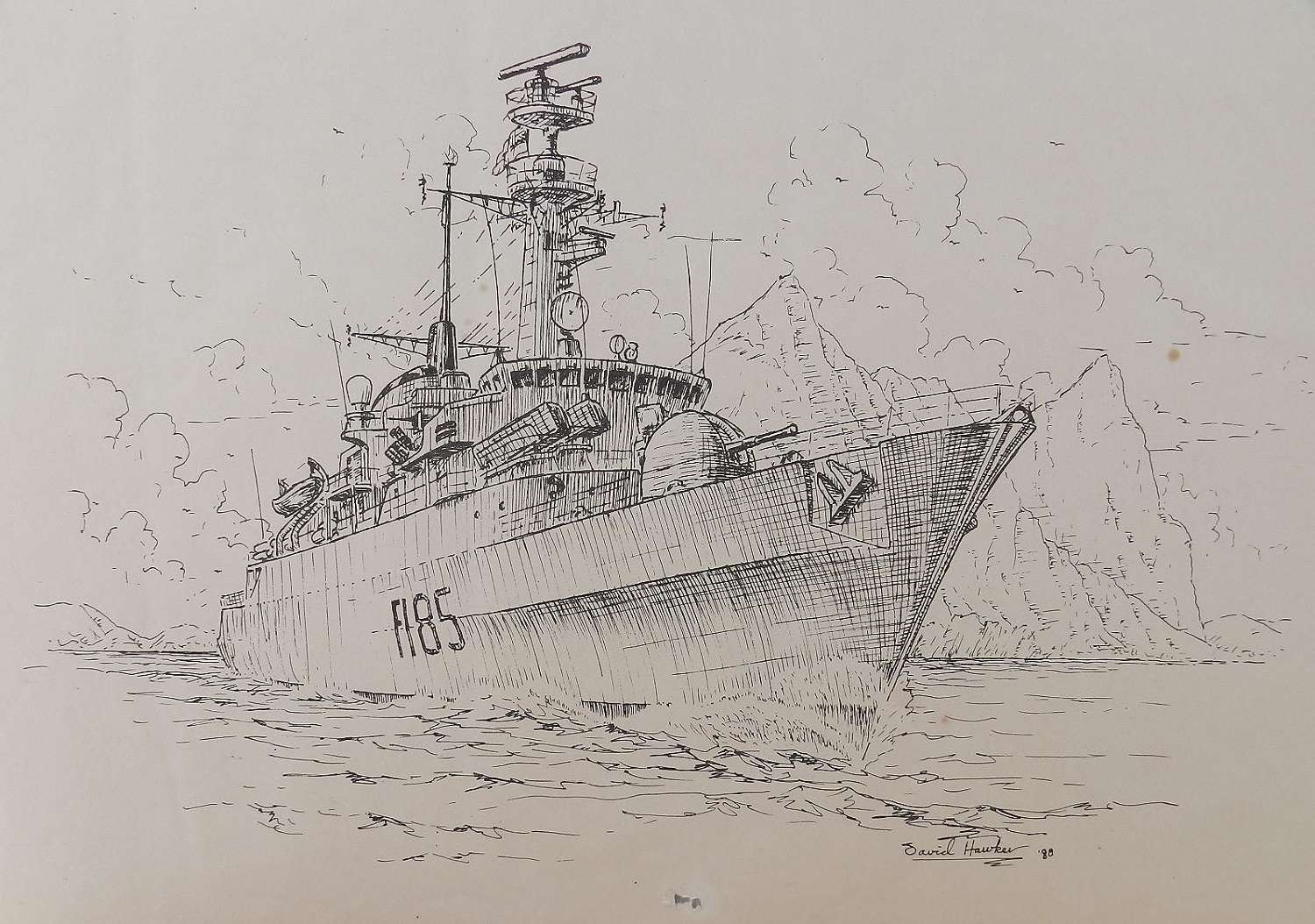 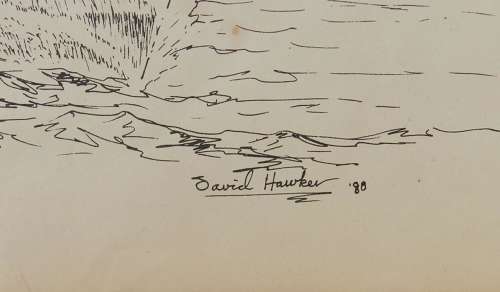 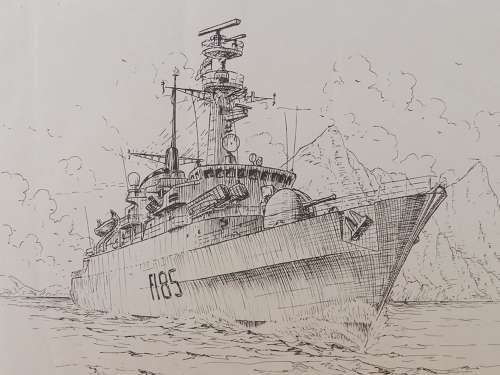 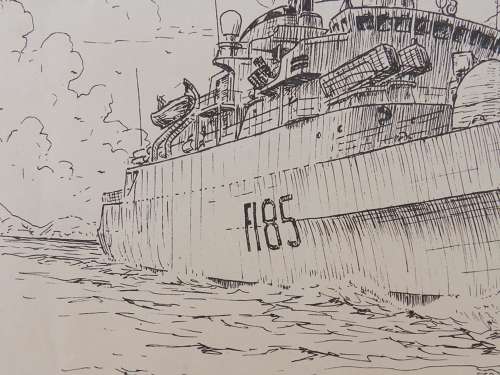 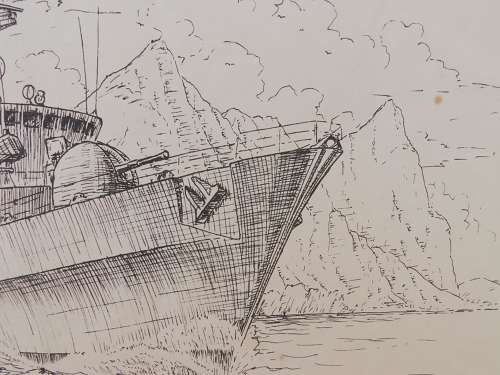 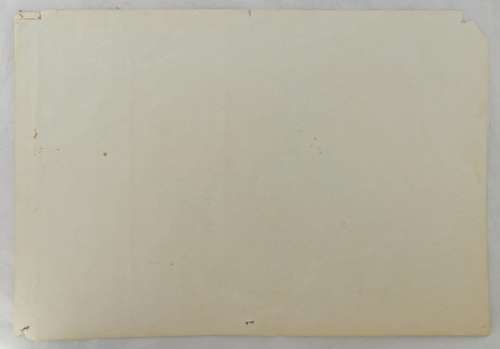 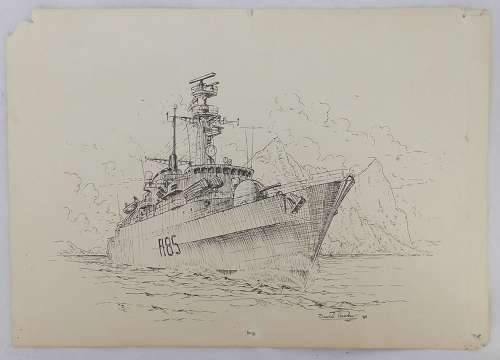 David Hawker
War Ship
Ink drawing on paper
Good vintage condition with minor signs of age
David Hawker
"I am currently the Artist of Liverpool’s Maritime festivals, and the Battle of the Atlantic commemoration, and the Liverpool River Festival. For these, I go to Liverpool and paint pictures of the events as they are happening.
I am very much involved with voluntary work for the Royal British Legion.
I have also shared the big screen with some of Hollywood’s biggest stars. Working with Tim Burton and Jonny Depp on their latest movie was a very happy experience. I have previously worked on many films, including Clash of the Titans, The Da Vinci Code, Love Actually, Casino Royale, King Arthur, Elizabeth: The Golden Age, The Golden Compass, Alexander and Martin Scorsese’s Hugo. In the filming of Alexander in Thailand, I made film history by being one of the first men to fight with real elephants in a Hollywood blockbuster.
But my most recent experience on the set of Dark Shadows was a much more pleasant one than the time I spent working on Hugo. I played a fisherman who is featured in several scenes with the A-list cast.
My career as a film and television extra is a far cry from my previous career in the Merchant Navy. After leaving the Merchant Navy in 1982, I joined Bedford Amateur Operatic Society, originally behind the scenes but eventually I was coaxed out on to the stage to perform.
My first job as an extra came in 1999 with a part in EastEnders. Since then I have appeared in many films, and my television work has included Lost World, Henry VIII, Trial and Retribution and Tipping the Velvet."