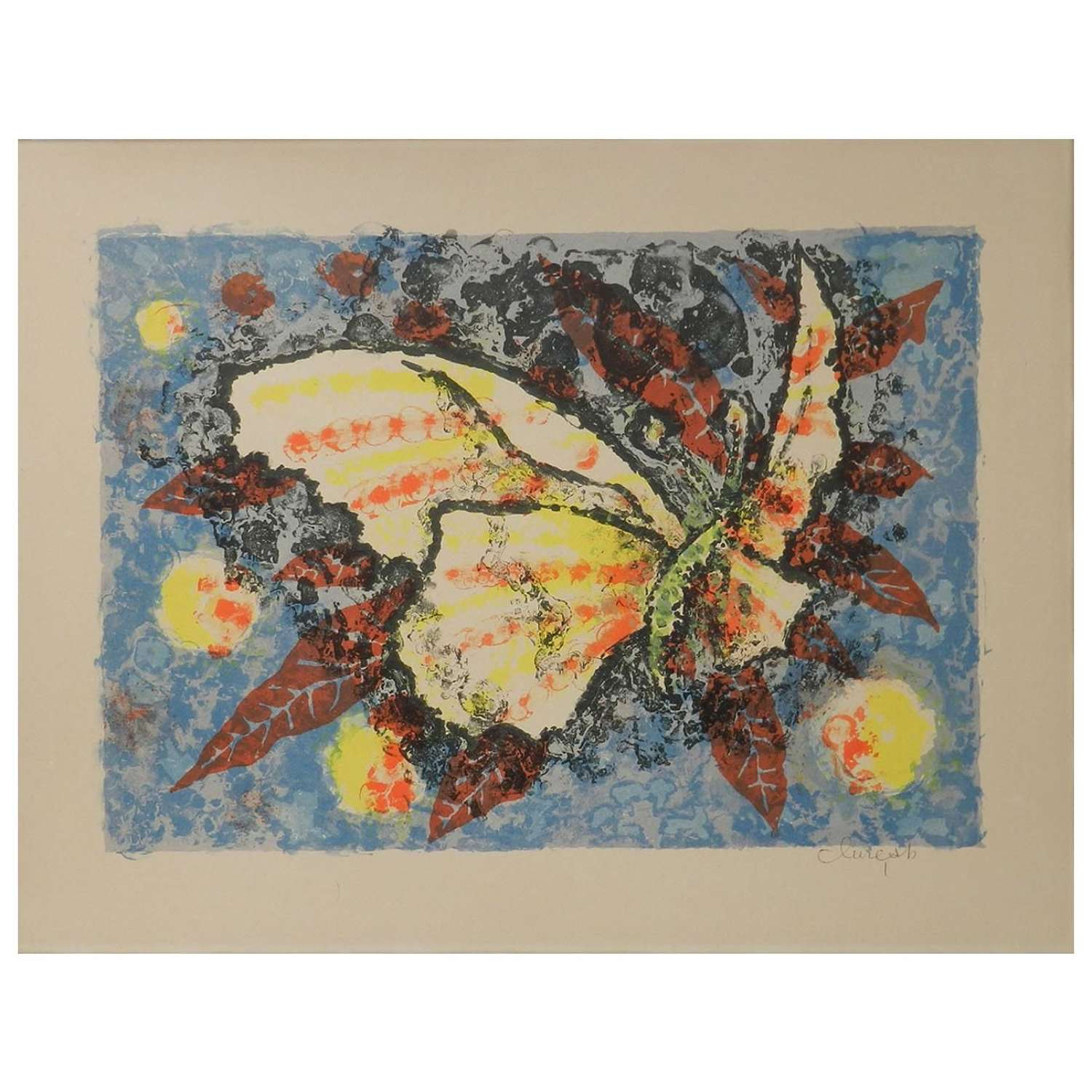 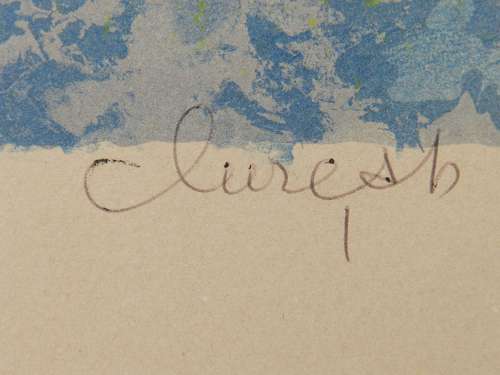 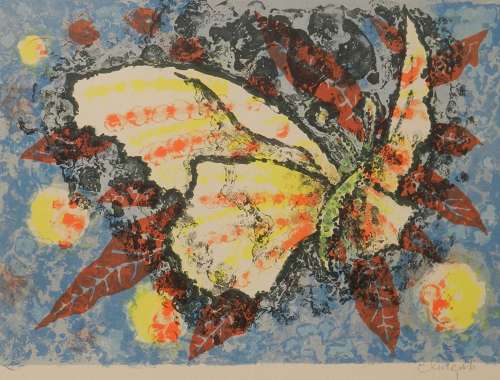 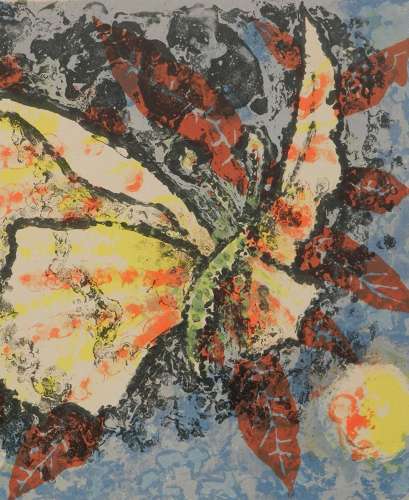 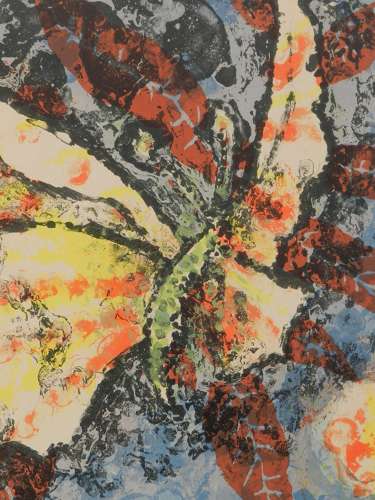 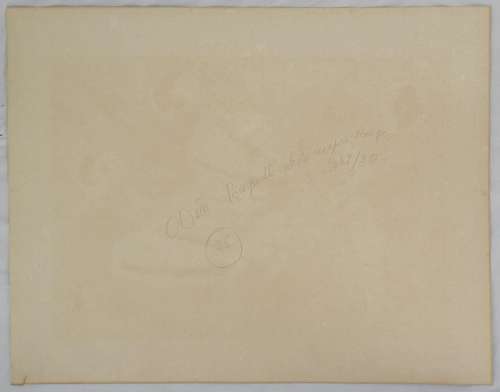 Lithograph by Jean Lurcat signed by the artist
Butterfly French midcentury, circa 1930-1950
Good condition for its age having been framed the old order for the frame size is written in pencil on the back
This will be sent unframed
Actual image W 46cm H 33cm

Jean Lurcat 1892-1966
Lurcat was born in Bruyères, Vosges, the son of Lucien Jean Baptiste Lurçat and Marie Emilie Marguerite L'Hote. He was the brother of André Lurçat, who became an architect. After his secondary education at Épinal, he enrolled at La Faculté des sciences de Nancy and studied medicine. He went to Switzerland and Germany (Munich) and in leaving his educational path, he went to the workshop of Victor Prouvé, the head of the École de Nancy.
In 1912, Jean Lurçat took residence in Paris with his brother André. He enrolled at the Académie Colarossi, then at the workshop of the engraver, Bernard Naudin. He met painters such as Matisse, Cézanne, Renoir; his friends included Rainer Maria Rilke, Antoine Bourdelle, and Elie Faure. Lurçat and three associates founded the Feuilles de Mai (The leaves of May), a journal of art in which these celebrities participated. He then became an apprentice of the painter Jean-Paul Lafitte with whom he had an exhibition at La faculté des sciences de Marseille. His first journey to Italy was interrupted in August by the declaration of war. Back in France, Lurçat joined the infantry, but was evacuated on 15 November after falling ill. During his recovery to health, in 1915, he practised painting and lithography. In July 1916, he returned to the front, but was evacuated once again due to injury. He never returned to the front. In September, his art was put on exhibition in Zürich.
Jean Lurçat began as a painter and tapestry weaver in 1915.[1] He became intrigued by tapestry weaving when he was learned of its history.
His first tapestries, which he titled Filles Vertes (Green Girls) and Soirée dans Grenade (Evening in Grenada), were created before he returned to Switzerland in 1918.
After showing his tapestries in a series of exhibition in Paris, Lurçat resumed traveling to Spain, North Africa, the Sahara, Greece and Asia Minor.
Each of the places that he visited provided him with visual cues that would then show up in his work, so his travels can, in a sense, be traced through his tapestries.
Upon his return, he signed a contract without exclusivity with his friend, Étienne Bignou, showed in several more group exhibitions--including a showcase of four tapestries in the Musée National d'Art Moderne, National Museum of Modern Art, and slowly became a name that was drawing attention in European press.
In 1928 he went to America for his first exhibition in New York City. Several years later, he became recognized as an established artist and, in 1932, showed in an exhibition titled Sélections with Matisse, Picasso, Braque, Derain, and Raoul Dufy and, in 1933, moved to New York.
While in New York, Lurçat began to create decorations and costumes for choreographed performances by Balanchine while he continued to work on his tapestries.