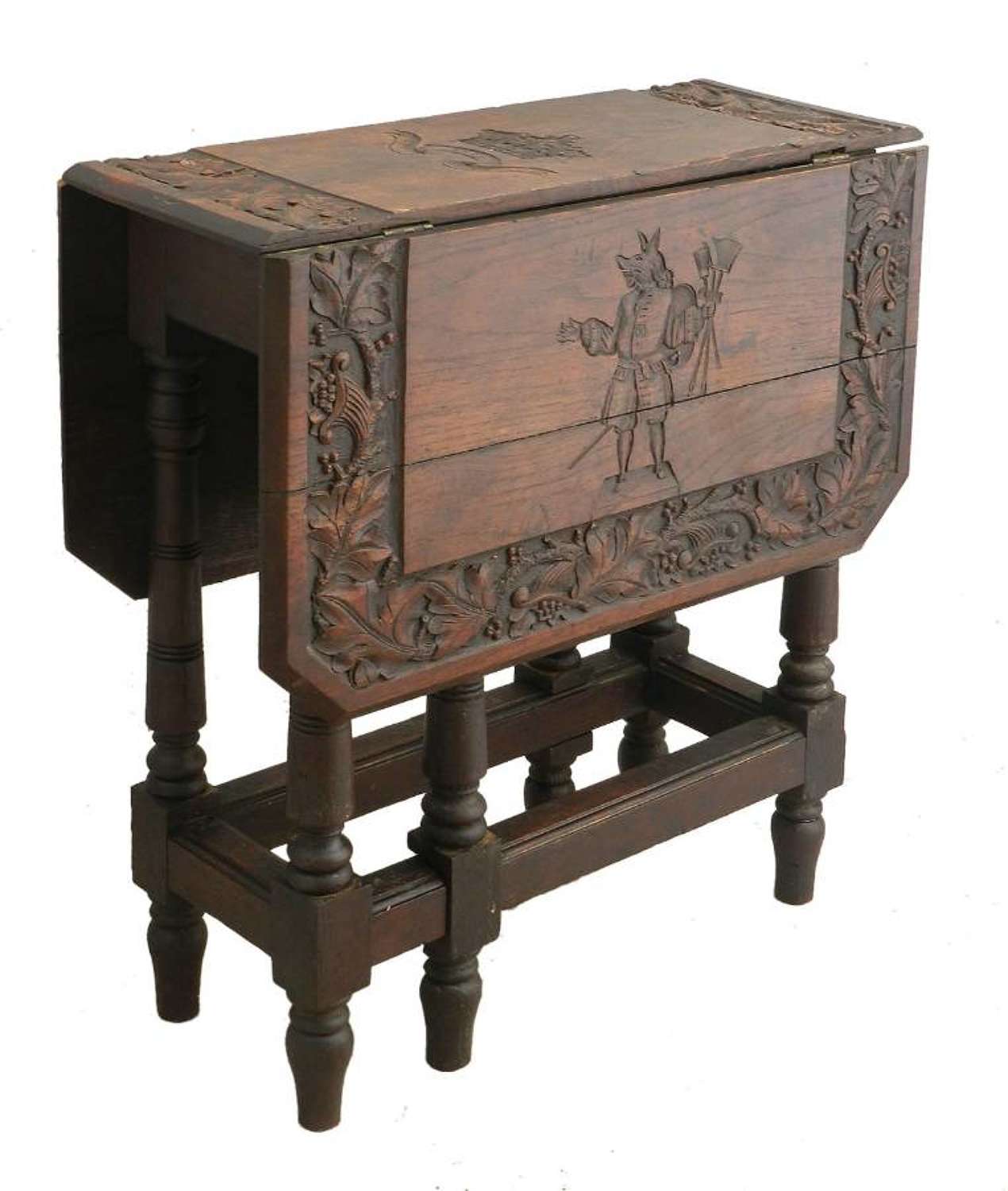 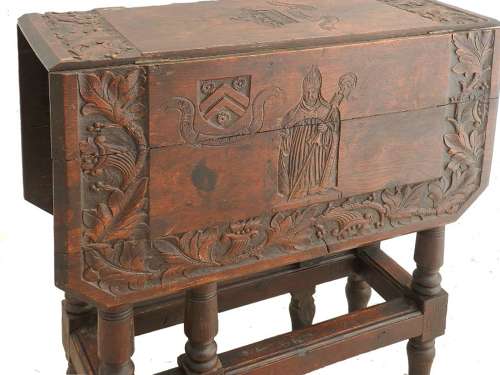 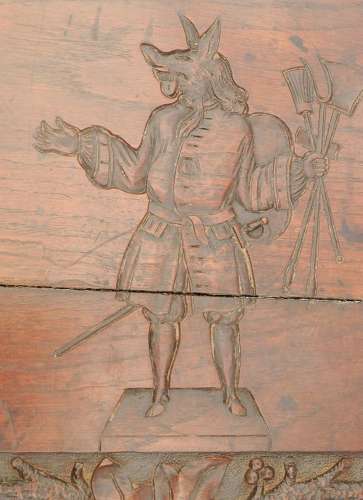 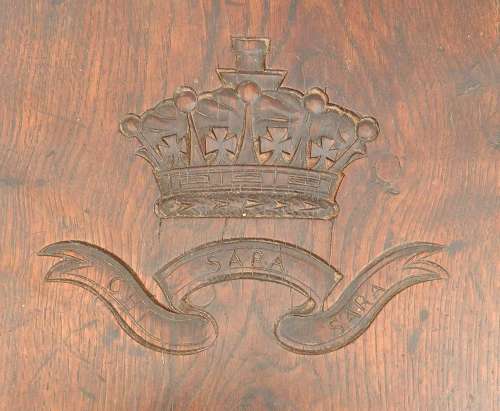 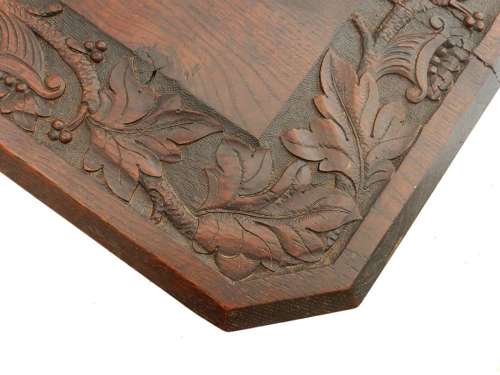 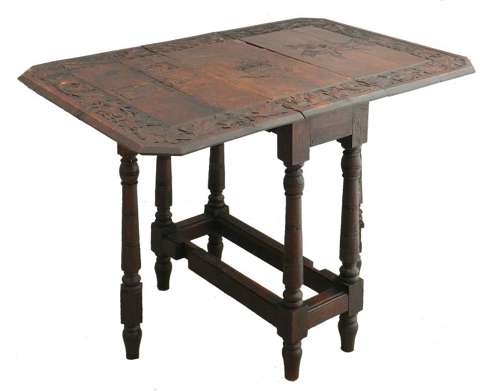 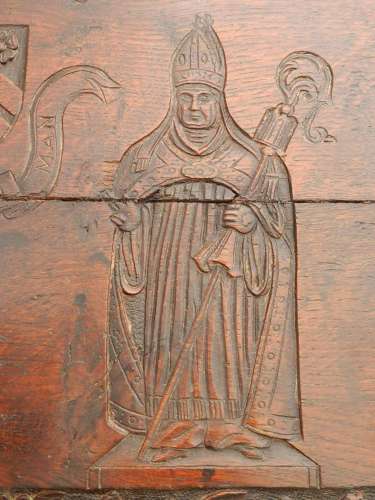 Provenance from Winchester College depicting William of Wykeham, the Founder of the college
With the arms and motto of the college and on the other leaf a carving of the 'Trusty Servant'
Late 18th Early 19th Century
Full of character good antique condition with some old restorations
When both leaves open top measures
90cms x 61cms
Winchester College was founded by William of Wykeham (1324-1404), who rose from unexceptional social origins to become Bishop of Winchester and Chancellor of England. Wykeham owed his education to one or more wealthy Hampshire patrons; his abilities as an architect and builder attracted him to increasingly powerful employers, including, finally, the King. Wykeham s political and ecclesiastical careers were equally spectacular. As Lord Chancellor he occupied the highest political office in the land. “Everything was done by him,” remarked a contemporary historian, “and nothing was done without him”. As Bishop of Winchester, he occupied the richest seat in the land.