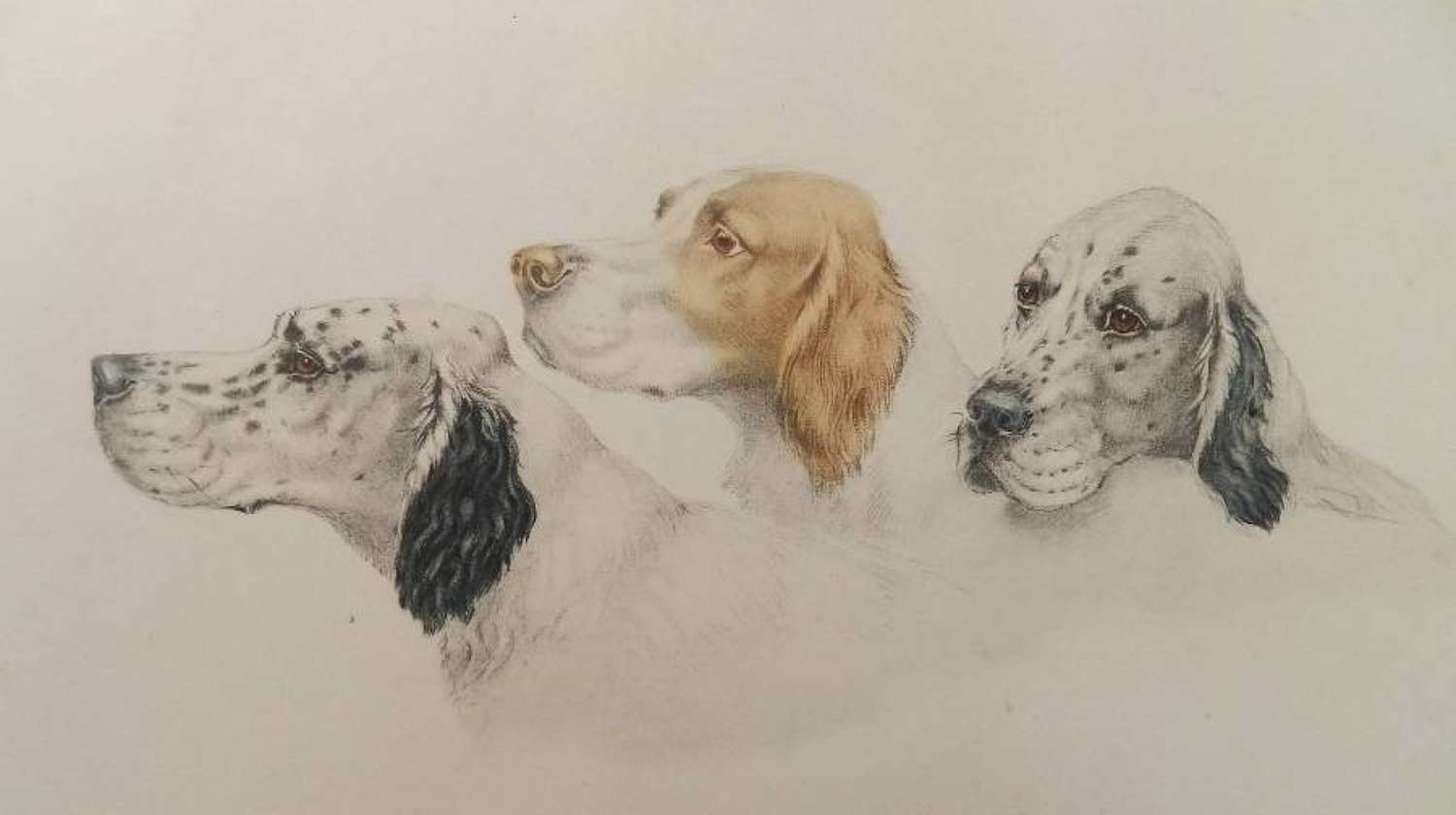 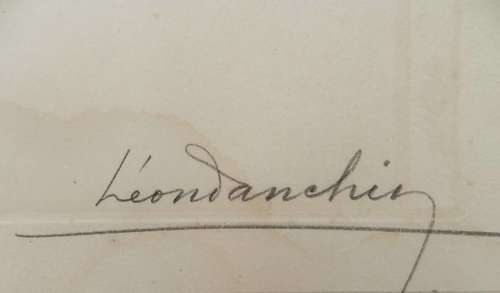 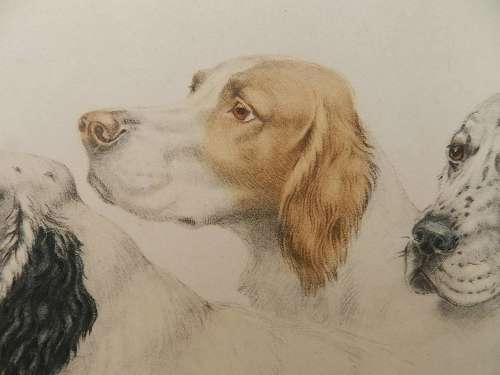 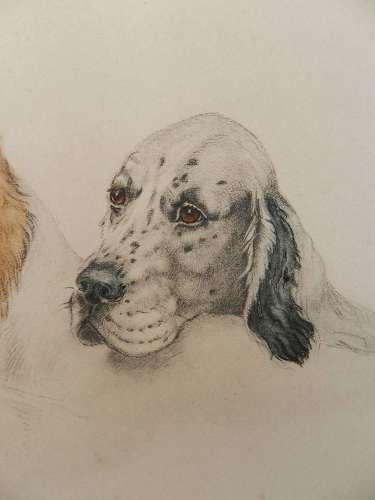 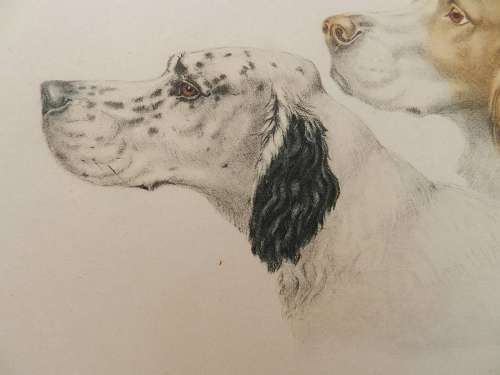 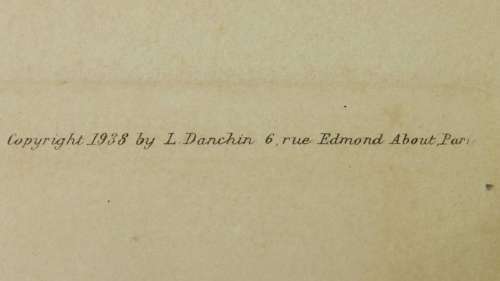 W: 49cm (19.3")H: 31cm (12.2")
£395.00 Approx $488.86, €449.89
Qty
Original Etching of Dogs by Leon Danchin Setters
Hand signed in pencil by the artist Leon Danchin and was published by Leon Danchin, Paris
Coloured aquatint Etching on cartridge paper unframed
Minor marks of age, there are 2 feint water marks to the lower edge left and near the signature that doesn't affect the main image

Leon Danchin, born in Lille, France in 1887 began his career as an artist at the age of sixteen when he was accepted by the Salon des Artists in Paris. He eventually became known as one of the finest French animal artists specializing in birds, dogs and horses and is highly valued to this day. In his lifetime he produced over one hundred etchings and lithographs focusing mostly on the sporting life of animals in the field but not exclusively. He was also an accomplished painter and sculptor. He died at the beginning of World War II in Berques where he is buried.