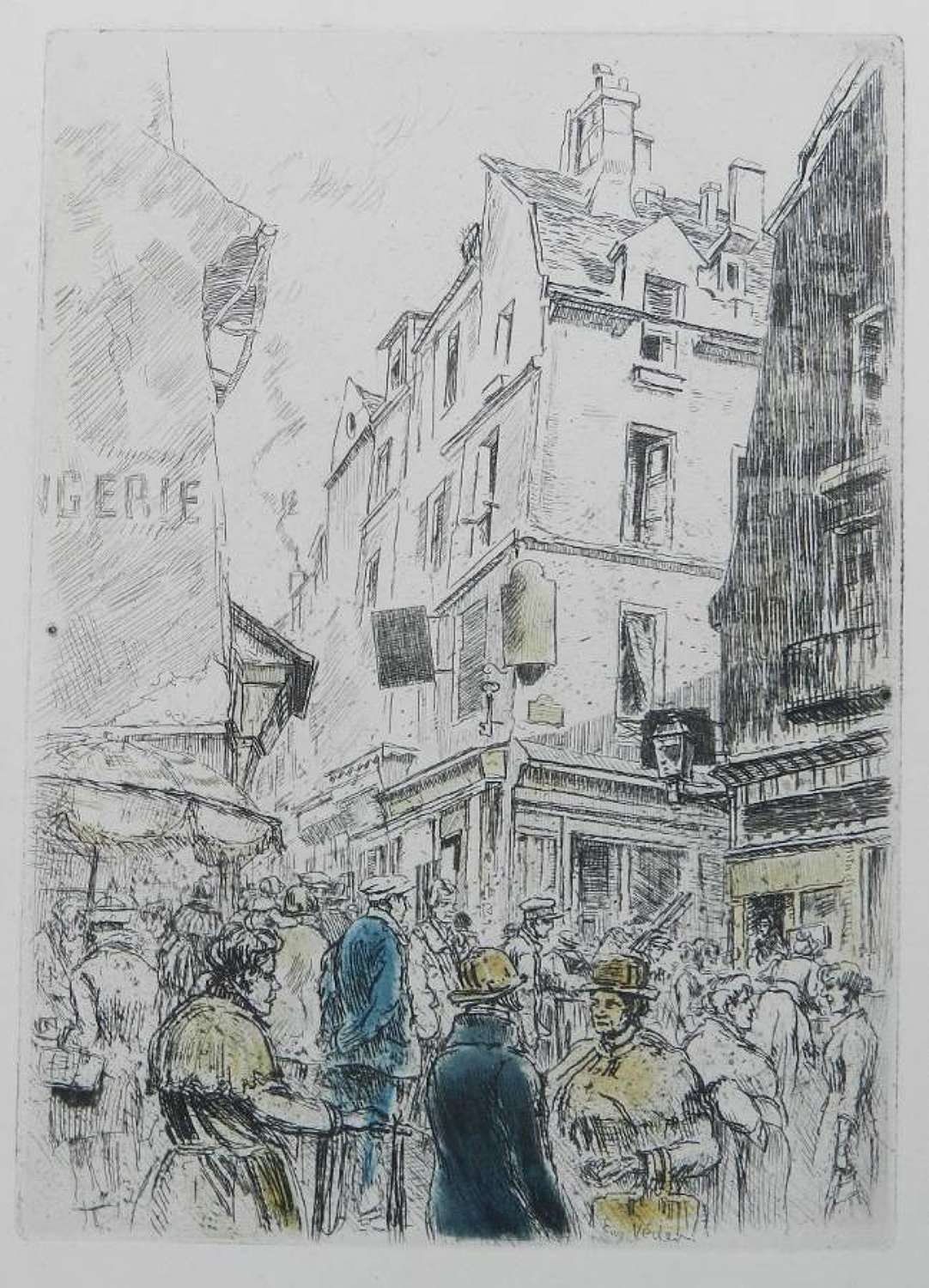 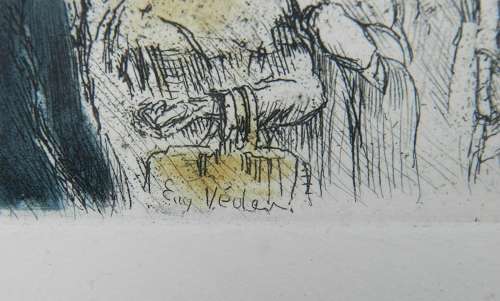 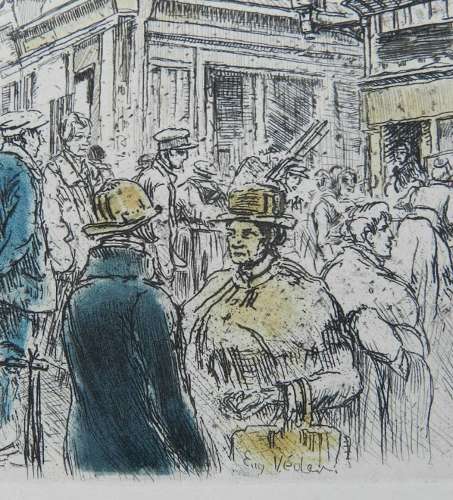 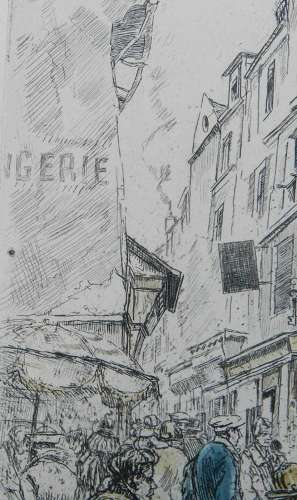 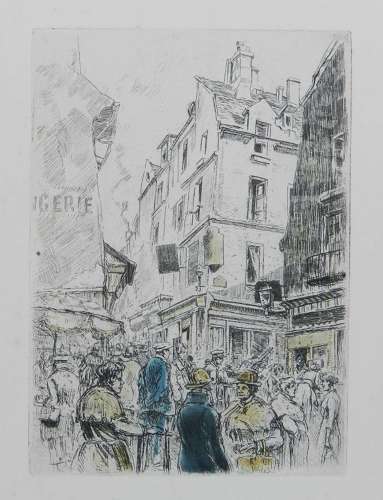 EUGENE VEDER (1876-1936) was a very talented printmaker in Paris. Born in St. Germain-en-Laye near Paris, he never strayed far, observing the city and its inhabitants. By the early 1920's Veder was winning medals for his work.

Born in St Germain-en-Laye on 1 April 1876.
He started as a painter and decorator. Fascinated from an early age by drawing, he made ​​some appearances on Grande Chaumiere.
-1912-1913  Exhibition at the Salon des Independants.
-1914 Noticed at the show, he was asked by Durand-Ruel for a solo exhibition.
-1914-1918 Mobilized, he went to the front in Champagne where he made ​​numerous watercolors and sketches from nature. Noticed by an officer of State Major, he was posted to the Army Map Service where he drew from aerial photos, maps of the Battle of Verdun. He was demobilized in 1919.
-1920 He exhibits watercolors and sketches of the war at the Salon des Armées. Some of these watercolors and sketches are those acquired by the Museum of the First World War in the 1980s Perronne Others leave for the US in a private collection.
It was at this time that he installs an illustrator and engraver's workshop 27 rue des Fosses-Saint-Jacques in Paris and founded the "Veder & SON HOUSE" with his son Lucien. At the same time, he participated with DOUHIN the creation of the Museum Jean-Francois Millet in Barbizon iwhich his descendants, children & his great grandchildren continue to support.
-1922 He became an Associate of French artists.
-1923 Bronze Medal.
-1925 Silver Medal for Water-waxed three brass: "Place du Tertre in Montmartre."
His llustrations as Etchings for several books, including: "Horse picturesque Montmartre." Francis CARCO, "scenic walks along the seine" Emile Henriot, "The Georgics" of VIRGIL ect ... At that time he moved to Châtillon -under Bagneux.
-1926-1936 He devoted himself to engraving and became member of the "Original Etching in Black." He participated in all annual exhibitions of the show, including regional engravings views of Brittany, a series of castles of the Loire, views of Belgium, always in collaboration with his son Lucien Veder.
-1927 Honorary Member of the Salon d'Automne in Madrid.
-1934-1935 He participates in the 1st and 2nd Salon des Artistes Châtillonnais founded by Clement Perrière.
-1936 He died in a traffic accident.
His work is still eagerly collected