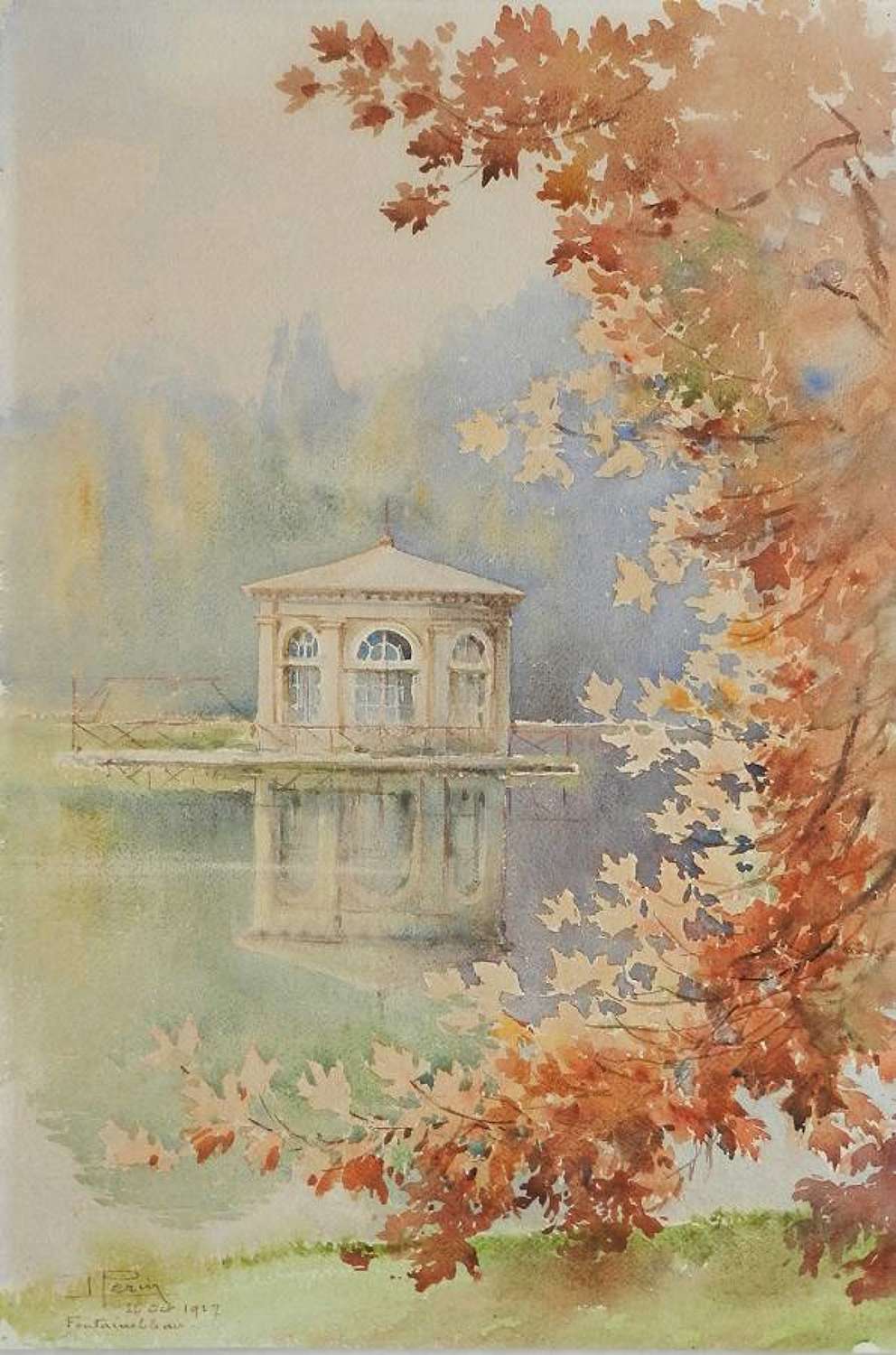 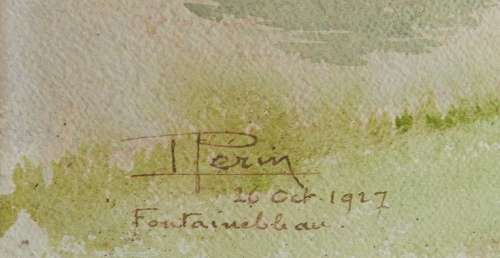 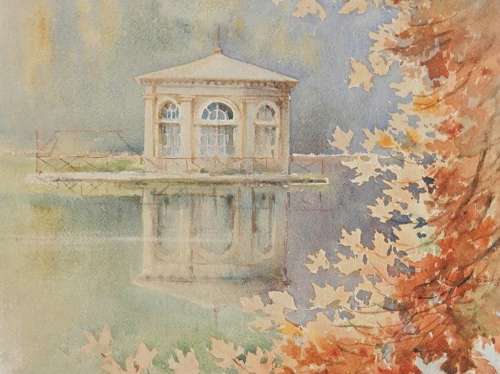 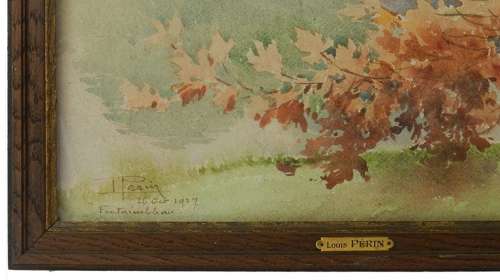 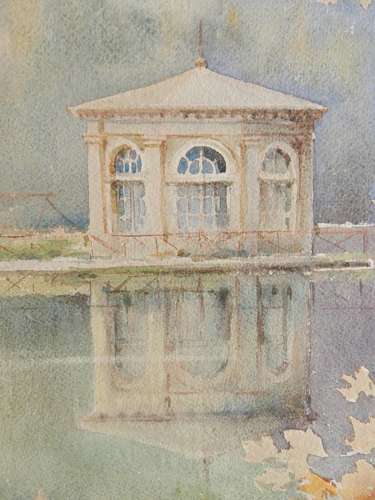 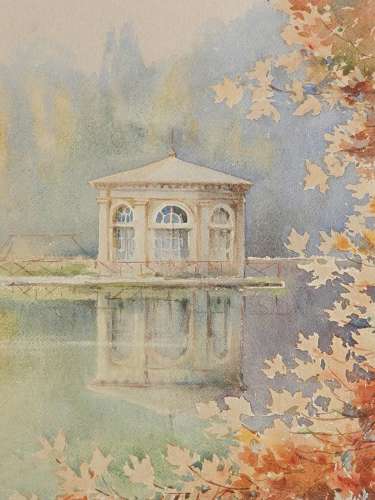 W: 38cm (15")H: 56cm (22")
SOLD
Watercolor Painting of Fontainebleau signed Louis Perin 26th Oct 1927
Louis Perin French Architect and Painter 1871-1940
On good art paper
Good condition with only very minor signs of age
This will be shipped with its original frame without the glass
The frame measures 43cms x 61cms
Louis Jules François Alphonse Périn , born on February 18 , 1871 in Paris , died in 1940 , is a French architect and painter . He is known for his neo-Gothic and Art Nouveau constructions
As a painter, Louis Périn was noticed for his drawings, watercolors and gouaches. At the age of 23, he participated in the exhibition of the Champs-Élysées in 1894 where he received an honorable mention for his watercolors.
Louis Périn painted landscapes and the historic sites of Seine-et-Marne , including the banks of the Seine, Paris and the forest of Fontainebleau  such as this one
In 1926 , he was admitted to the jury of L'Artistique and won a medal at the Salon des artistes français in 1931  and became a highly distinguished member
Acquired by the State and given by his descendants, several of his works, including the great flood of the Seine in Paris in 1910, are now the property of the Carnavalet Museum .
Most of his works still  belong to his family and descendants.