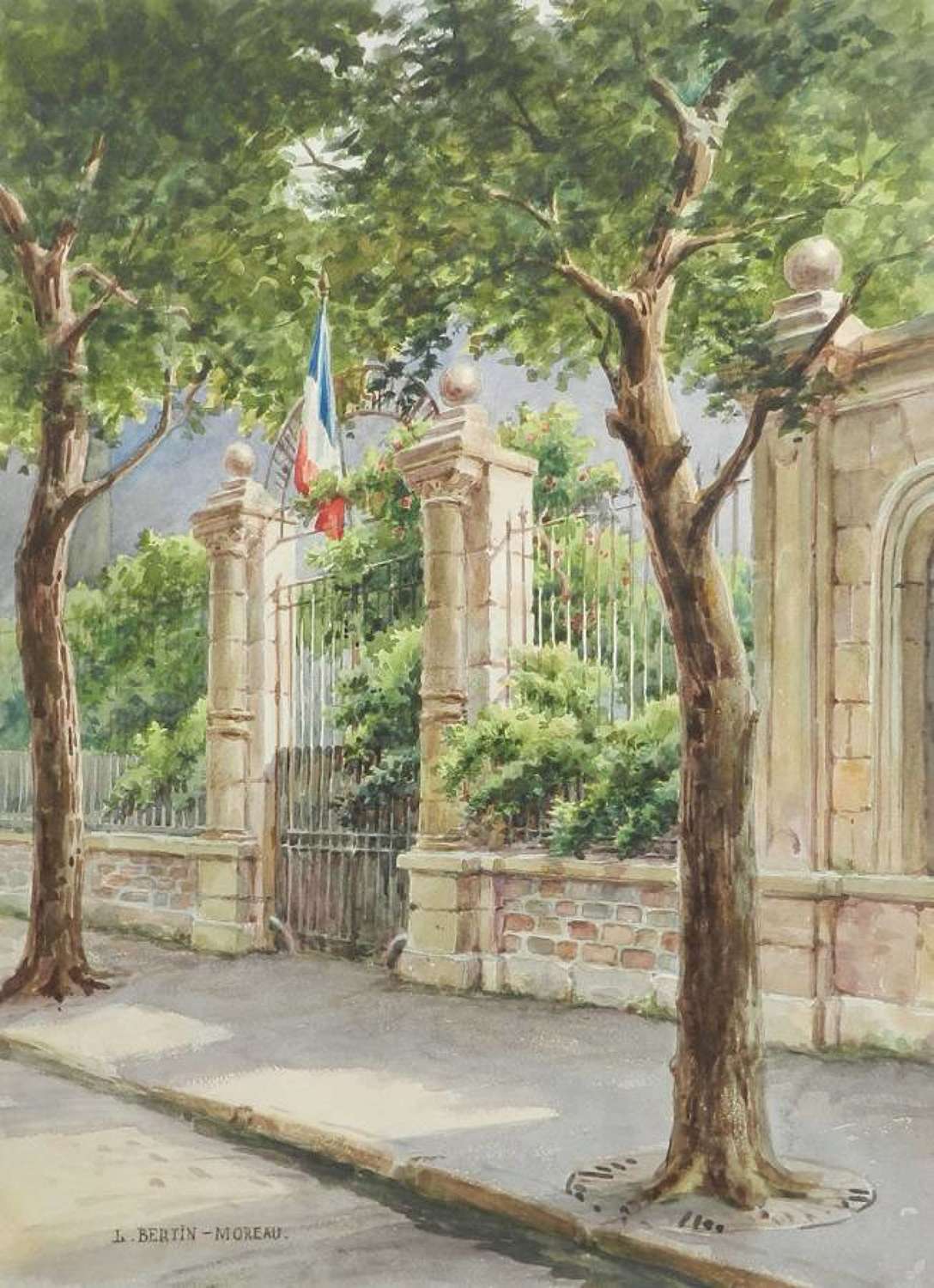 Details in pencil on the back
This is typical of his watercolor sketches, he also designed the film set for the 1929 Film the Count of Monte Cristo

Louis Bertin Moreau
After an apprenticeship in a lithography workshop, he moved to Paris in 1900 where he worked as a painter and engraver under the influence of Bernard Naudin who was his compatriot and his friend.

During the First World War , he collaborated with the Semeur , newspaper clandestinely printed in 1916 by Maurice Charron (known as Pierre Chardon ) then at La Forge , magazine of art and literature (1917-1920).

During the inter-war period, he donated many woodcuts to L'En-dehors, animated by Émile Armand . He participates in Anarchist Revue animated by Ferdinand Fortin . In July 1937, he offered several of his works for an exhibition and sale for the benefit of the Spanish republican orphans of the Llansa colony.

After the Second World War , he collaborated with L'Unique published by Émile Armand until 1956 and with L'Homme et la vie founded by Manuel Devaldès in 1946.

In 1950, his home in Neuilly, appears on the list of anarchist homes to be monitored by the police.