The Fox and the Geese by Briton Riviere 1868 Lithograph c1918

Briton's father, William Rivière (1806–1876), was for some years drawing-master at Cheltenham College, and then an art teacher at the University of Oxford. Briton was educated at Cheltenham College and Oxford, where he took his degree in 1867. For his art training he was indebted almost entirely to his father. His paternal uncle Henry Parsons Rivière (1811–1888) was also a noted watercolourist, exhibiting works at the Royal Watercolour Society, London and the Royal Birmingham Society of Artists.
His first pictures appeared at the British Institution, and in 1857 he exhibited three works at the Royal Academy, but it was not until 1863 that he became a regular contributor to the Academy exhibitions. In that year he was represented by The eve of the Spanish Armada, and in 1864 by a Romeo and Juliet. However, subjects of this kind did not attract him long, for in 1865 he began, with Sleeping Deerhound, a series of paintings of animal-subjects which occupied much of the rest of his life. In a lengthy interview in Chums Boys Annual, entitled "How I paint animals", Rivière explained some of the practicalities of painting both tame and wild animals:
Early in his career, Rivière made some mark as an illustrator, beginning with Punch. He was elected an Associate of the Royal Academy of Arts in 1878, and a Royal Academician in 1881, and received the degree of Doctor of Civil Law at Oxford in 1891.[2] He was narrowly defeated in the election for President of the Royal Academy in 1896 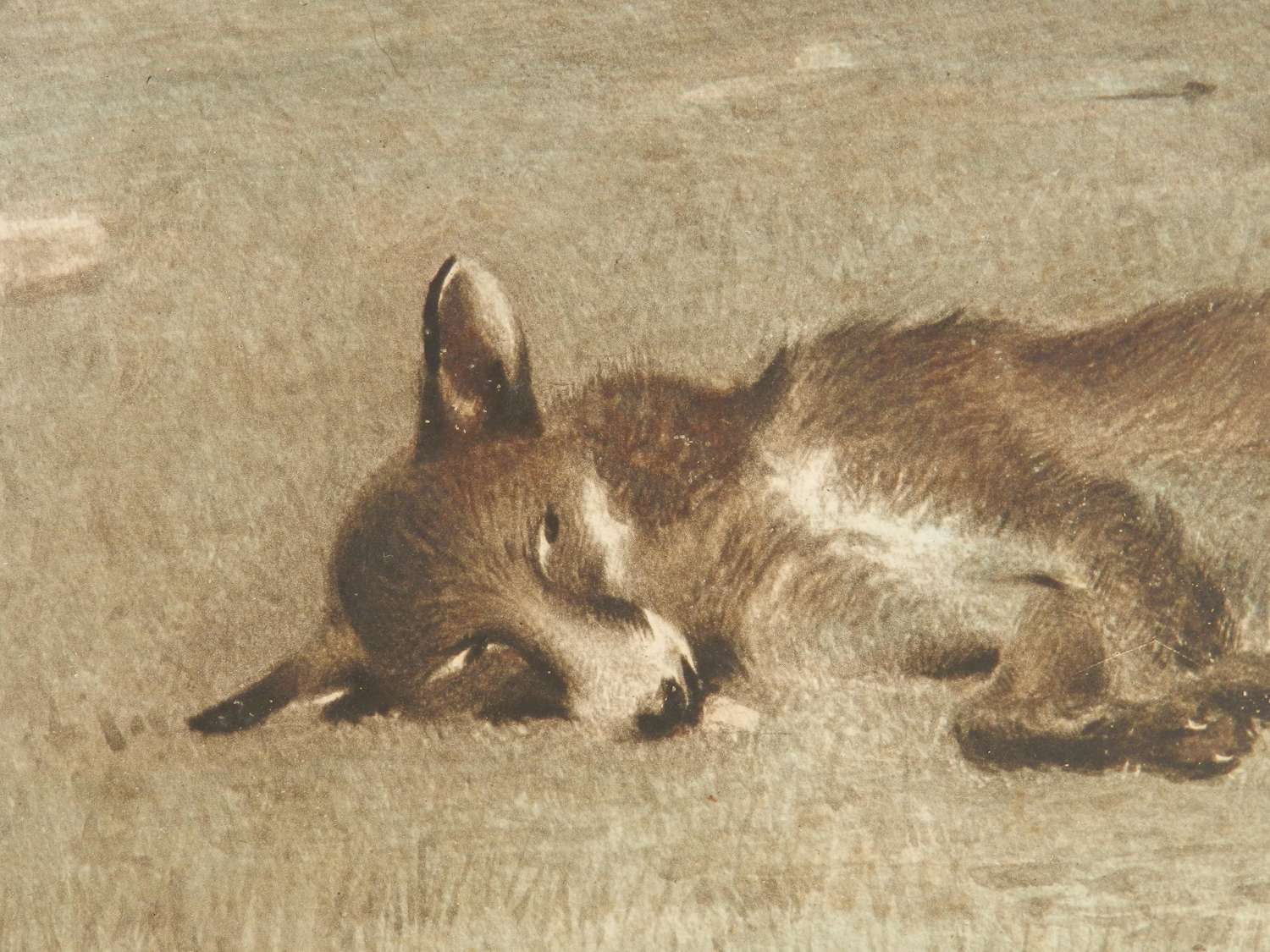 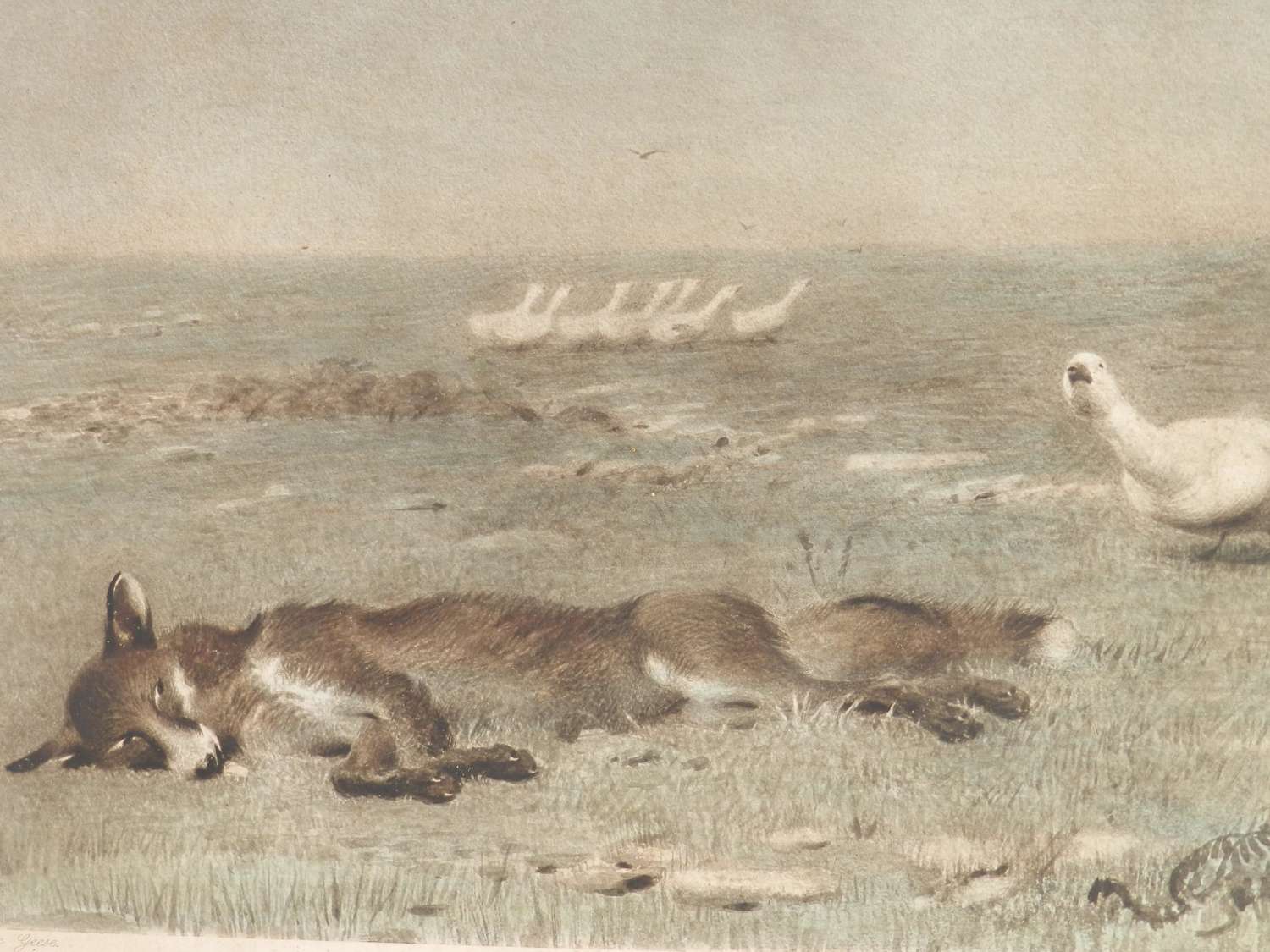 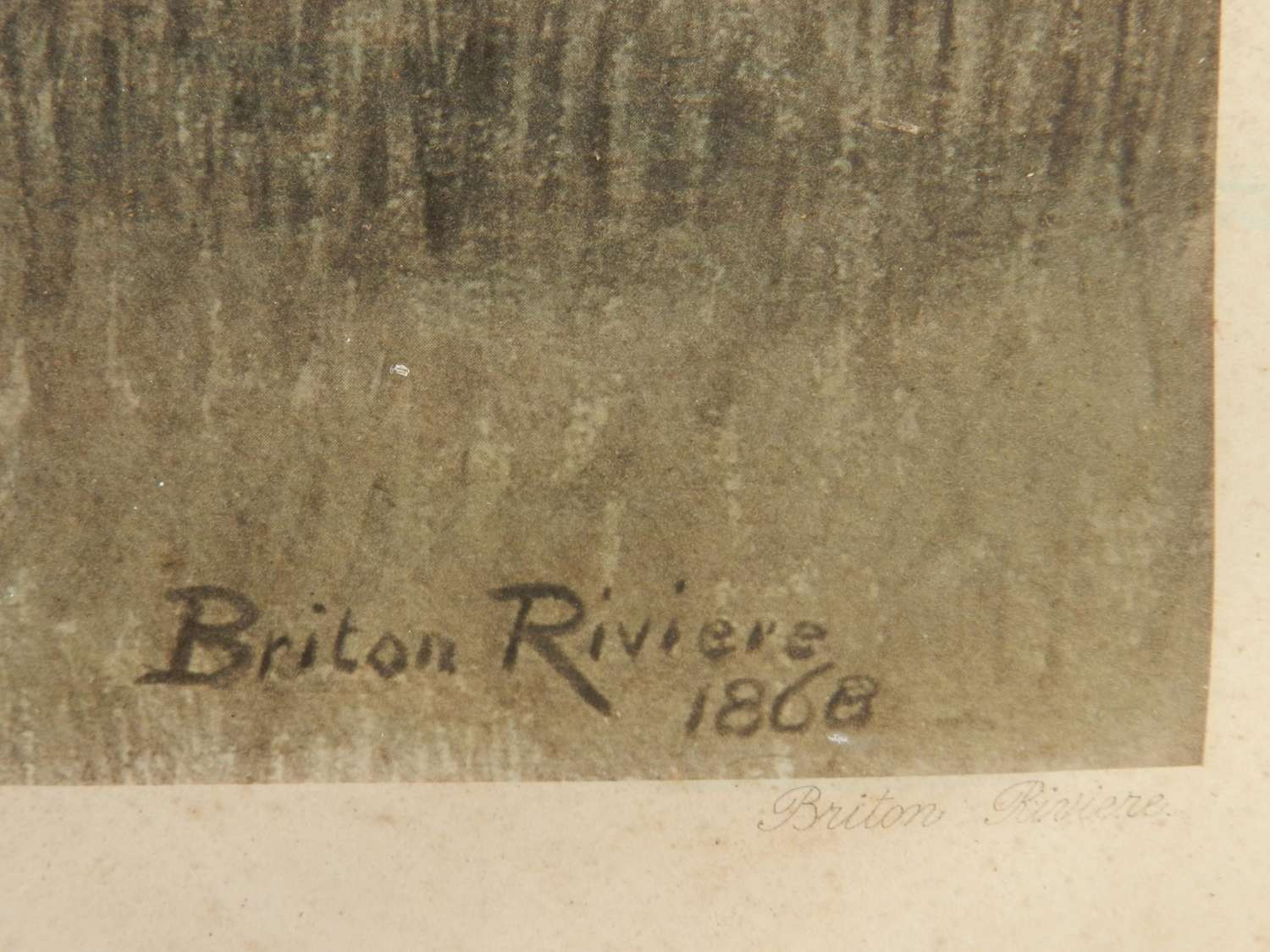 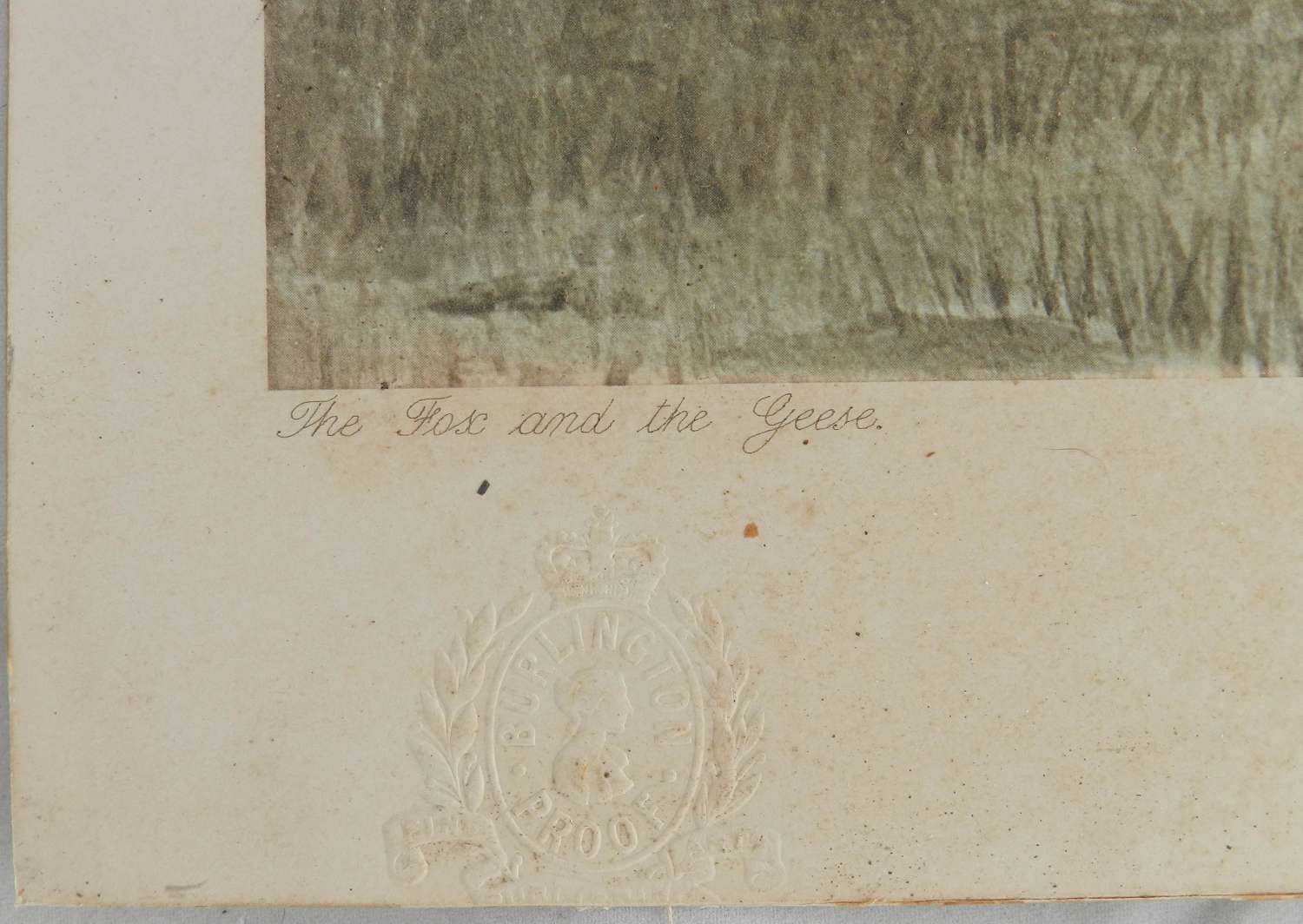 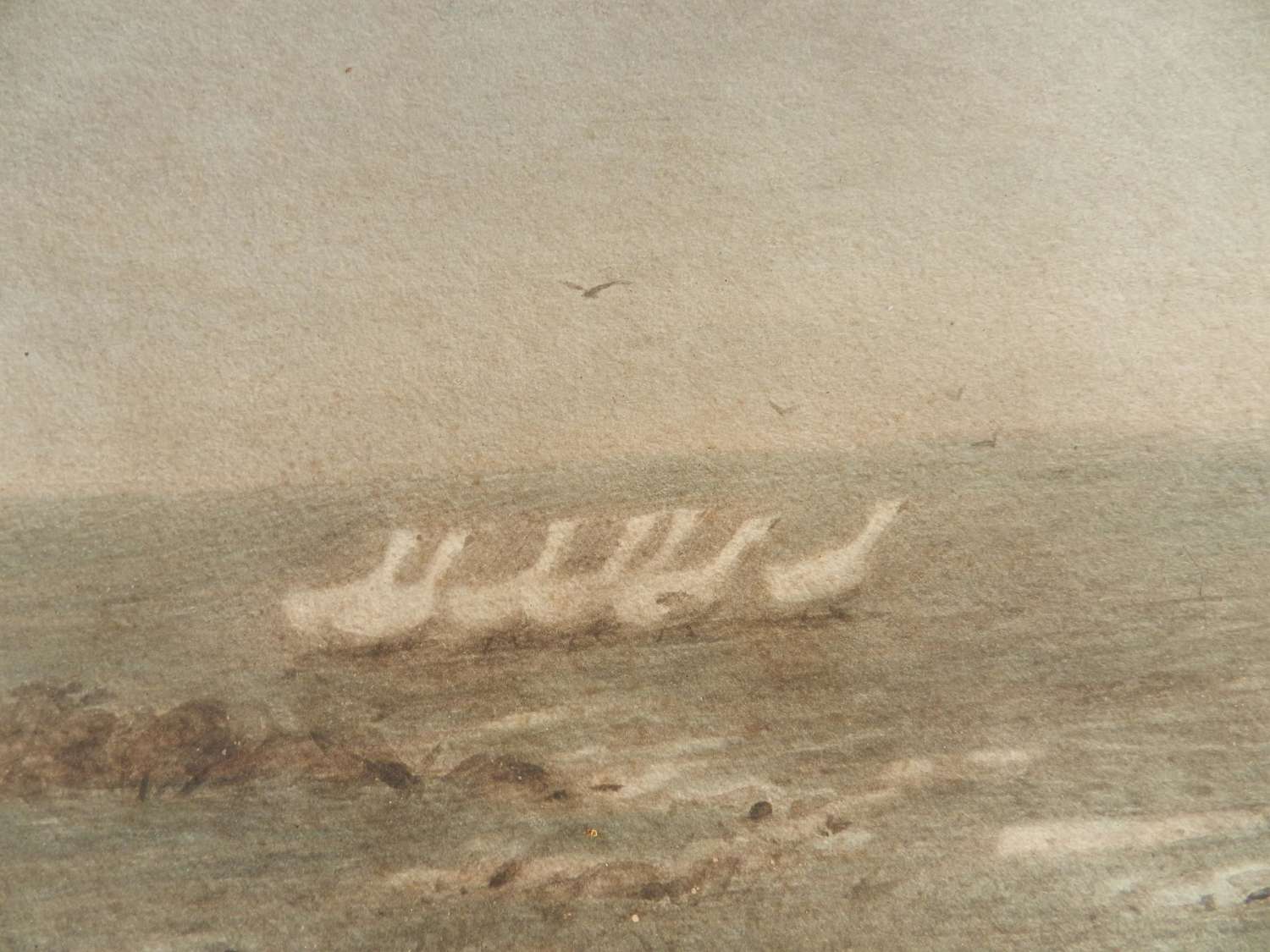